Warrigal founder Norm Rowland OAM turned 102 on Tuesday, 25th January 2022, and celebrated accordingly with his own portrait completed by an Archibald Prize winner.

Peter Wegner is a Melbourne-based renowned painter, sculptor, and draughtsman. His recent work focuses on the study and examination of humans, and capturing their stories through portraiture. His work has appeared in several public collections across the country, including the National Portrait Gallery, Art Gallery of NSW, and National Library of Australia.

In 1967, Norm was the President and member of the Shellharbour Lions Club, who recognised that there was an absence of services for older people between Mount Kiera in Wollongong and the Victorian border. Norm rallied the local community and was the driving force behind Warrigal opening its doors in 1968 on Mount Warrigal. Norm’s involvement continued as Chair of the Board, and he remains a Company Member to this day. Norm was awarded an OAM for his services to the community and the aged care sector.

Warrigal started as a ten-bed residence staffed entirely by volunteers and has now grown to provide 27 services to more than 3000 older Australians across 14 locations in NSW and the ACT. 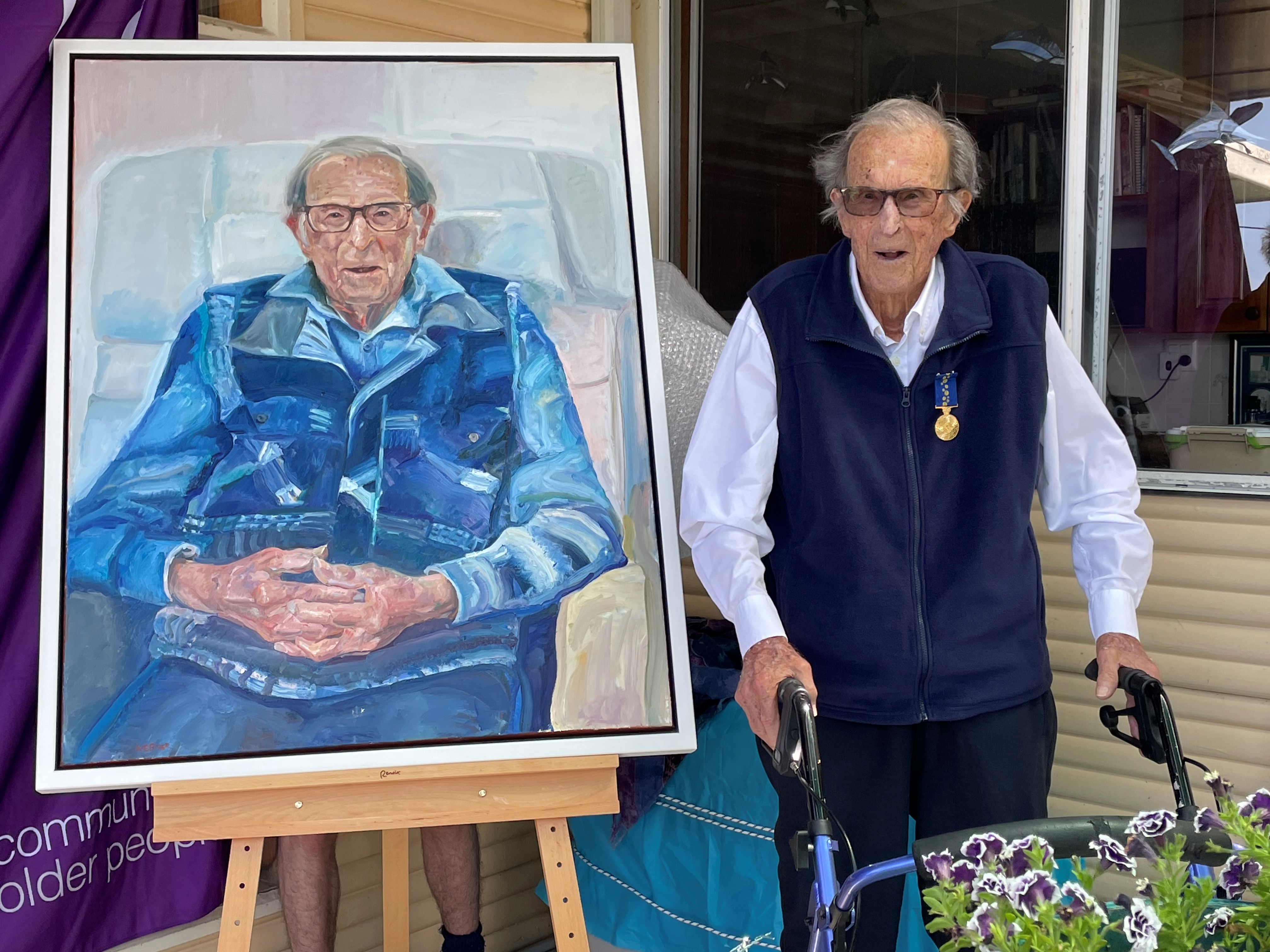 To celebrate Norm’s 102nd birthday, a small afternoon tea was held at his home with his family and representatives from Warrigal (including CEO Mark Sewell and the Chair Wyn Janssen) where the portrait was unveiled for the first time.

The portrait was commissioned to ensure that future generations remember Norm’s critical contribution to Warrigal and aged care services in the Illawarra. Warrigal CEO Mark Sewell said, “We are excited to be able to celebrate Norm’s birthday and recognise his 55 year commitment to Warrigal. The opportunity to unveil Norm’s portrait with Norm and his family was a fitting way to celebrate his 102nd birthday.”

Warrigal will hold a more significant celebration in April with community dignitaries in attendance to unveil the painting officially once community COVID transmission is more settled.