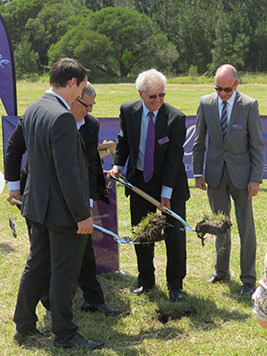 Minister for the Illawarra John Ajaka and executives from the Illawarra-based aged care services provider Warrigal today turned the first sod on a state-of-the-art aged care home and community services hub being built at Shell Cove.

The project will provide 128 much-needed aged care beds at the location close to the new Shell Cove Marina, as well as a new community centre. The $37.8 million project will be built with $17 million from the Baird Government’s Restart Illawarra Fund.

Mr Ajaka said Warrigal’s aged care home is one of 12 projects to benefit from the $100 million Restart NSW Illawarra Infrastructure Fund, set up using proceeds from the long term lease of Port Kembla.

“This is a perfect example of how the Baird Government’s lease of Port Kembla is now directly benefiting the more vulnerable in our community,” Mr Ajaka said.

“Warrigal will also build 33 villas, 47 apartments and 6 serviced apartments in the community village on adjacent land, creating a world-class integrated aged care precinct and allowing older people to continue living as they choose.

“The precinct will generate 366 jobs during construction, which will inject $43.3 million into the economy, which is great news for the Illawarra.

“The completed aged care home and community village will support 128 direct care jobs, in turn contributing to a further economic output of $166.6 million.

“This is a fantastic example of how targeted NSW Government funding can kick-start projects and create a much wider benefit for the region and the State.

Warrigal is expecting to start preliminary work on site in March, including site preparation and clearing, with full construction planned to start in August 2015.

The Restart NSW Illawarra Infrastructure Fund is allowing projects worth about $221 million to go ahead. As well as an estimated 969 direct jobs in total for the 12 projects, there will be at least 647 construction jobs and many more indirect jobs in the local economy. 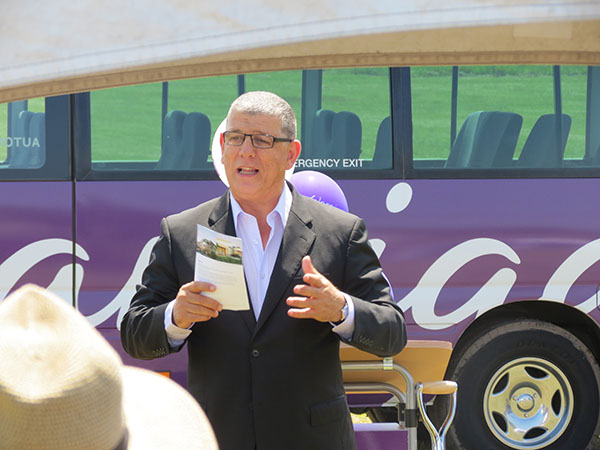