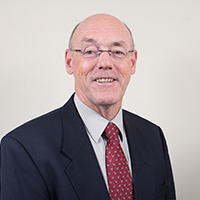 Mr Janssen was appointed a director in 2012 and became chairman in 2016.   He has worked in commercial financial roles for over 40 years; the last 20 were as Regional Finance Director for a multinational corporation. He was previously a director, and Treasurer, of Warrigal Care from 1997 until 2009, resigning from that role to take up an overseas assignment. He holds degrees in Commerce and Education as well as an MBA. He is a member of CPA Australia and a Fellow of the Institute of Company Directors. He is a charter member of the Rotary Club of Illawarra Sunrise and has served in various capacities both within the club and at district levels. 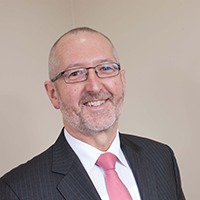 Mr. Downs was appointed a director in 1997. He is a lawyer and a consultant to Kells Lawyers. Mr. Downs holds degrees in Commerce and Law and a postgraduate diploma in Management, He is Chairman of Illawarra Credit Union Ltd and a board member (and Chair of the Planning Committee) of Illawarra Shoalhaven Local Health District. 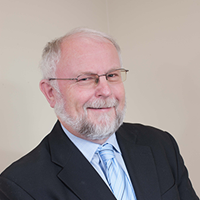 Mr Morris was appointed a director in 2009.He is a retired CEO and currently acts as a voluntary business consultant to various community, charity and church organisations. He is also on the boards of Illawarra Performing Arts Centre Inc, Living Sound Broadcasters Ltd, Southern Illawarra Church of Christ, Wollongong City of Innovation Ltd (trading as Destination Wollongong), Wollongong Conservatorium of Music Ltd, Wollongong Symphony Orchestra Ltd, The Disability Trust and Food For Life Community Care. 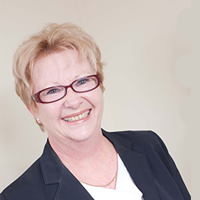 Mrs Collins was appointed a director in 1997. She has over 33 years experience in the financial services industry and has completed the Diploma of Financial Planning through Deakin University. Mrs Collins is a retired Financial Planner. Past community involvement includes serving as Secretary of Warilla Chamber of Commerce, Treasurer of Skills with Advancement and Training, Branch Delegate for Shellharbour Junior Surf Life Saving Club and Shellharbour Netball Club. 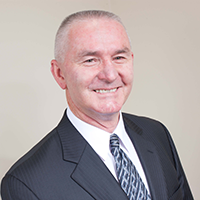 Mr Thompson was appointed a Director in 1999. He is a retired Local Government Engineer and the Chairperson of a Community Consultative Committee for the Development of the Hanson Quarry, Bass Point. He has held Regional voluntary positions with the Salvation Army Red Shield Appeal, was the Association of Apex Clubs NSW State President and Illawarra District Governor. He was an inaugural member of the Illawarra Life Education units, past Treasurer of the Illawarra branch of the Automotive and Mechanical Engineers, past Secretary of the Oak Flats Junior Hockey Club and is a Justice of the Peace. Mr Thompson was awarded and Order Of Australia Medal (OAM) in 2011 for his contribution to Aged Care and Apex, and is currently the Treasurer for the Illawarra Order Of Australia Committee.

Associate Professor Judy Mullan was appointed a director in 2000. She is the Director of the Centre for Health Research Illawarra Shoalhaven Population (CHRISP) and the Deputy Director for the Illawarra & Southern Practice Research Network (ISPRN) within the University of Wollongong. Judy holds Bachelor degrees in Pharmacy and the Arts, and has a PhD in Public Health. She is a registered pharmacist and a fellow of the Society of Hospital Pharmacists of Australia. Her community involvements include voluntary work for aged care services, multicultural organisations, church organisations, and support for regional and rural health medical students. Her professional and research aims are help to improve the safe use of medicines, the management of chronic diseases and health service delivery. 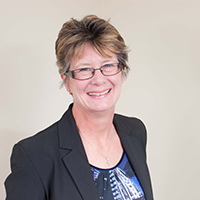 Mrs Newman was appointed a director in 2004. She is a Registered Nurse currently working at Shellharbour Hospital in Nursing Administration. She has several certificates related to post graduation nursing studies and a Graduate Diploma in Nursing (Critical Care). She is a member of the Australian College for Infection Prevention and Control. Adam is Executive Director of Business Illawarra, the region's peak business
organisation, Adam had an extensive career in government, politics and
communications; most recently at Newgate Australia in Sydney, where he advised
a range of clients in the mining, tourism, property and agriculture sectors.

Nicky is the Chief Executive Officer of Community Industry Group. And has extensive experience in the community services industry working in women's and family services. Community development and strategic management. Her work history also includes local government, marketing and banking and finance.